The Argentinian rapper Sara Hebe will be touring Europe this summer! 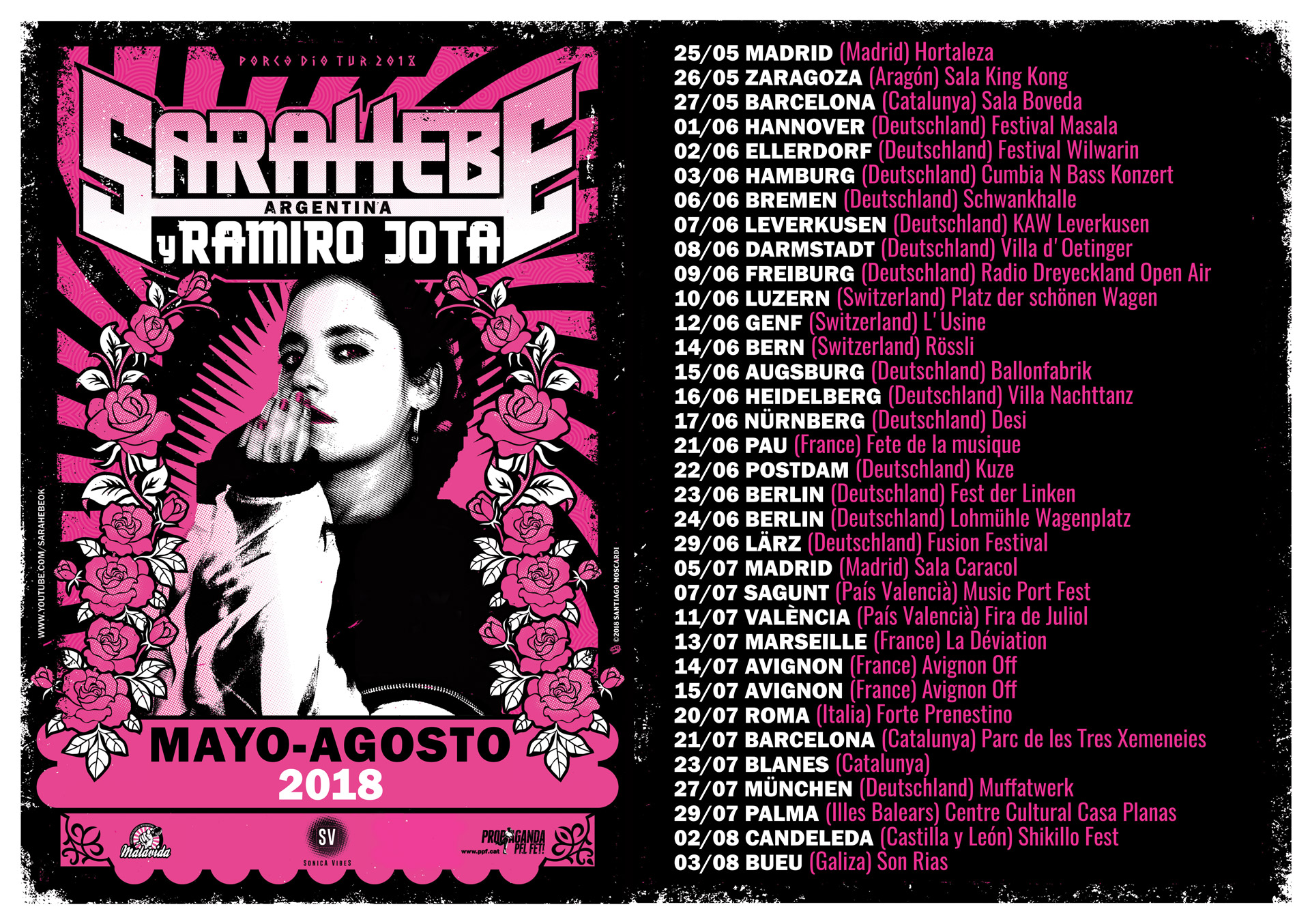 Tour kicks off next May 25th in Madrid and will last almost three months during which the Argentinian rapper will offer more than 20 concerts in Germany, France, Italy, Switzerland and Spain

The first confirmed shows will take place in Madrid, Valencia and Barcelona and Spanish festivals. Second leg of the tour includes venue shows and festivals all over Germany, France, Italy and Switzerland

In 2017 Sara Hebe published for the first time a CD in Europe. It was a “greatest hits” compilation released by Catalan independent label Propaganda pel Fet! and contained 16 of her most well-known songs. At the same time Sara Hebe made an intense tour with more than 30 shows in different countries including Catalonia,

Record label, management and interviews:
PROPAGANDA PEL FET!
This email address is being protected from spambots. You need JavaScript enabled to view it.
+34 938787488